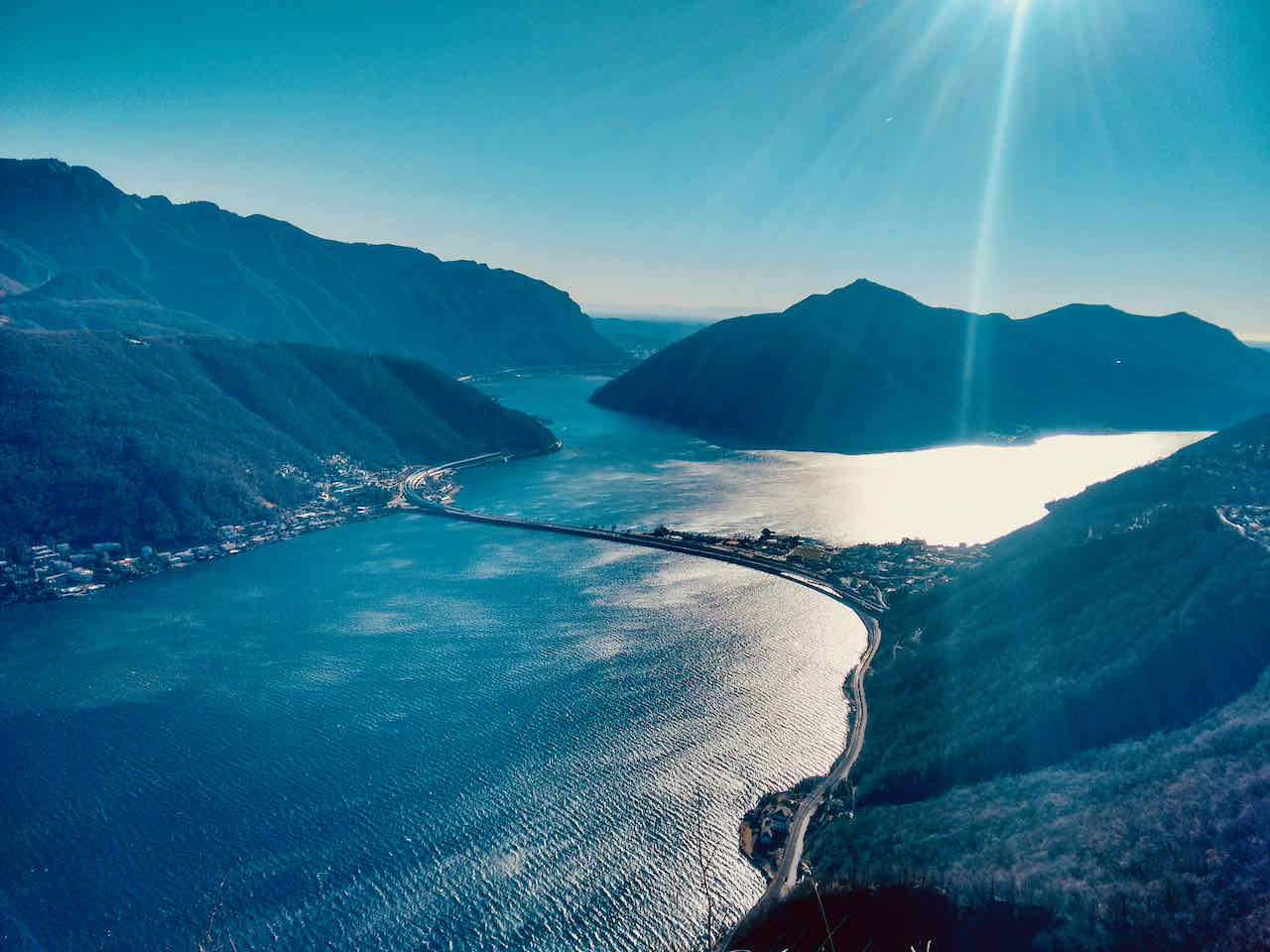 Some of you will already be asking how we’ve chosen the definition for the ‘smallest’ mountains. We’ve basically taken a list (ahem Wikipedia) of the smallest mountains above 300m in prominence. This means that if you stand on top of the mountain, you would have to go at least 300m down before you can go back up to a higher point.

Finally before we get started, here’s what you can expect when hiking these ‘mini’ mountains:

Well, let’s start at the bottom! As we’ve already alluded to here, we reckon Rooterberg takes the crown as Switzerland’s smallest mountain. Rooterberg is the highest point on a low ridge lying at the northern edge of the Alps, and the mountain itself doesn’t really have much in the way of interesting features. Still, you do get nice views across the surrounding countryside – Lake Zug, Lake Lucerne (the Vierwaldstattersee) and Rigi are all nearby. For us, the mountain is actually at its best in winter, when there’s snow on the ground to add character to the peak, but the nice views will still be there all year.

For more details and route maps, see our post on Rooterberg here.

Barely a stone’s throw from Zurich, Pfannenstiel is one of the larger hills in the flat band of Switzerland that stretches between the Jura and the Alps from St. Gallen down to Lausanne. We climbed it late on a cloudy November day with early snow on the ground. On a good weather day though, Pfannenstiel is a good option for easy and picturesque walks. There’s also a lookout tower near the peak, which always helps with getting impressive panoramic views.

For more details and route maps, see our post on Pfannenstiel here.

Lagern is one of the highlights on this list, and something of a repeating theme on this blog, since it’s already been mentioned on several lists of our favorite hikes (see here and here). Despite being well away from the Alps, this ridge has an Alpine-like feel in places, and is nothing like the much flatter ridges elsewhere on this list. As a result, the hike is not for those with vertigo but if you’re OK with the verticality of the path then you’ll be rewarded with a rocky ridge with a panoramic view of the Alps in the far distance!

The typical starting point is Baden, a picturesque town in canton Aargau, and the first part of the hike heads through the town and up past several viewpoints overlooking the town. Beyond that, you head up a steep and rocky ridge for the next 90 minutes or so, before the ridge flattens out for the second part of the walk. A great option if you want a good hike near Zurich!

For more details and route maps, see our post on Lagern here.

There’s a bit of a theme in these first few peaks – they’re all high points on the various ridges in northern Switzerland. This isn’t a particularly steep peak, and the top in particular is flat – we spent 20 minutes wandering around in the snow-covered trees before finding the summit!

In general, like many of the other smaller hills in the area, Stierenberg is a nice peak for an easy walk. Stierenberg is also the most prominent point in Aargau, and would probably be even more obscure without this little ‘claim to fame’.

For more details and route maps, see our post on Stierenberg here.

Maybe we can be more specific about the theme in these first few peaks – they’re all near Zurich! Lindenberg isn’t too different from Stierenberg really, and is practically next door as well – just 10km to the east and if anything even flatter – not too much to say here really!

To tie together a nice walk for Lindenberg, we started in the entertainingly-named Buttwil (which even has a hamlet next to it called Loo!) and walked past the small grass-strip airport of Buttwil, where we had close-up views of Cessna-like planes landing and taking off. After heading over the tree-covered summit, we headed down the Gitzitobel gorge on the way down to Hallwilersee on the other side. This seems like quite a random peak when you first look at a map, but we actually got a really nice walk out of it.

For more details and route maps, see our post on Lindenberg here.

Finally, a peak that’s not near Zurich! Monte San Salvatore is still a ridge peak, but this is a steeper ridge than most of the ones mentioned above, and towers over Lake Lugano. This is another fairly easy climb, and there’s also a funicular near the summit if you don’t want to walk back down. Because it’s easily accessible and provides spectacular views, this is a really popular peak 🙂

That’s it for now, but we’re working on adding to the list! Come back in a little while and maybe we’ll have an updated version. In the meantime, here are the next few mountains on the list.