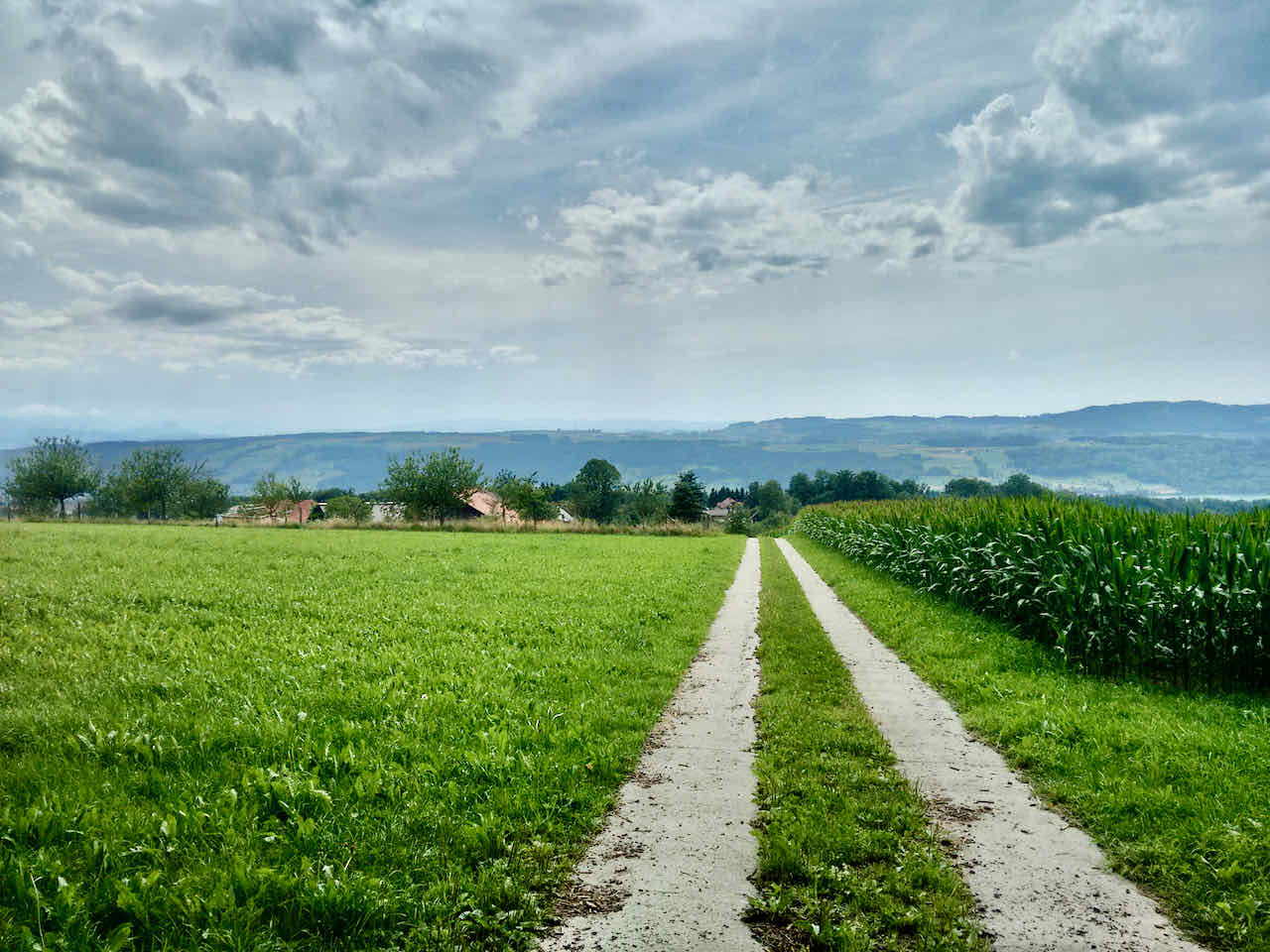 The Swiss Plateau between the Alps and the Jura is filled with hills and gentle ridges, and Lindenberg is no exception. Indeed, by Swiss standards, Lindenberg is almost flat! Despite this, it does stick up higher than everything for miles around it and in doing so dominates the surrounding landscape.

To tie together a nice walk for Lindenberg, we started in the entertainingly-named Buttwil and walked up past Buttwil airport, a small grass strip which the path skirts around. There was quite a bit of activity on the airstrip as we went past, with tiny planes bouncing along the runway as they landed or took off.

Beyond the airport, the path headed up into the forest, making its way uneventfully up to the tree-covered summit, which is marked by a large stone. From here, instead of heading down the same way, we decided to go down the other side of Lindenberg and through the Gitzitobel gorge before coming out next to the Hallwilersee Lake.

To finish off, we skirted round the southern end of the Hallwilersee and headed to the train station at Mosen. The path mostly wound through the reed beds, but it was a hot summer day and there was lots of squeaking from kids playing in the lake on the other side of the reeds. We didn’t try and have a dip in the lake this time, but it can be a really nice way to end a summer hike if you have the time 🙂 So yeah, this seems like quite a random peak when you first look at a map, but we actually got a really nice walk out of it.

This short route just takes you from Buttwil up past the airport, around in a small loop at the summit, and back down to Buttwil.

For an even shorter option, you could start at Hamikon Berg just to the south of the peak (this is visible on the second map below). Or if you’re not interested in reaching the peak itself, the Gitzitobel gorge up from Aesch LU is another nice short option.

This is basically the walk we described above – starting in Buttwil, heading through the Gitzitobel gorge and along past the Hallwilersee for a nice and varied walk.