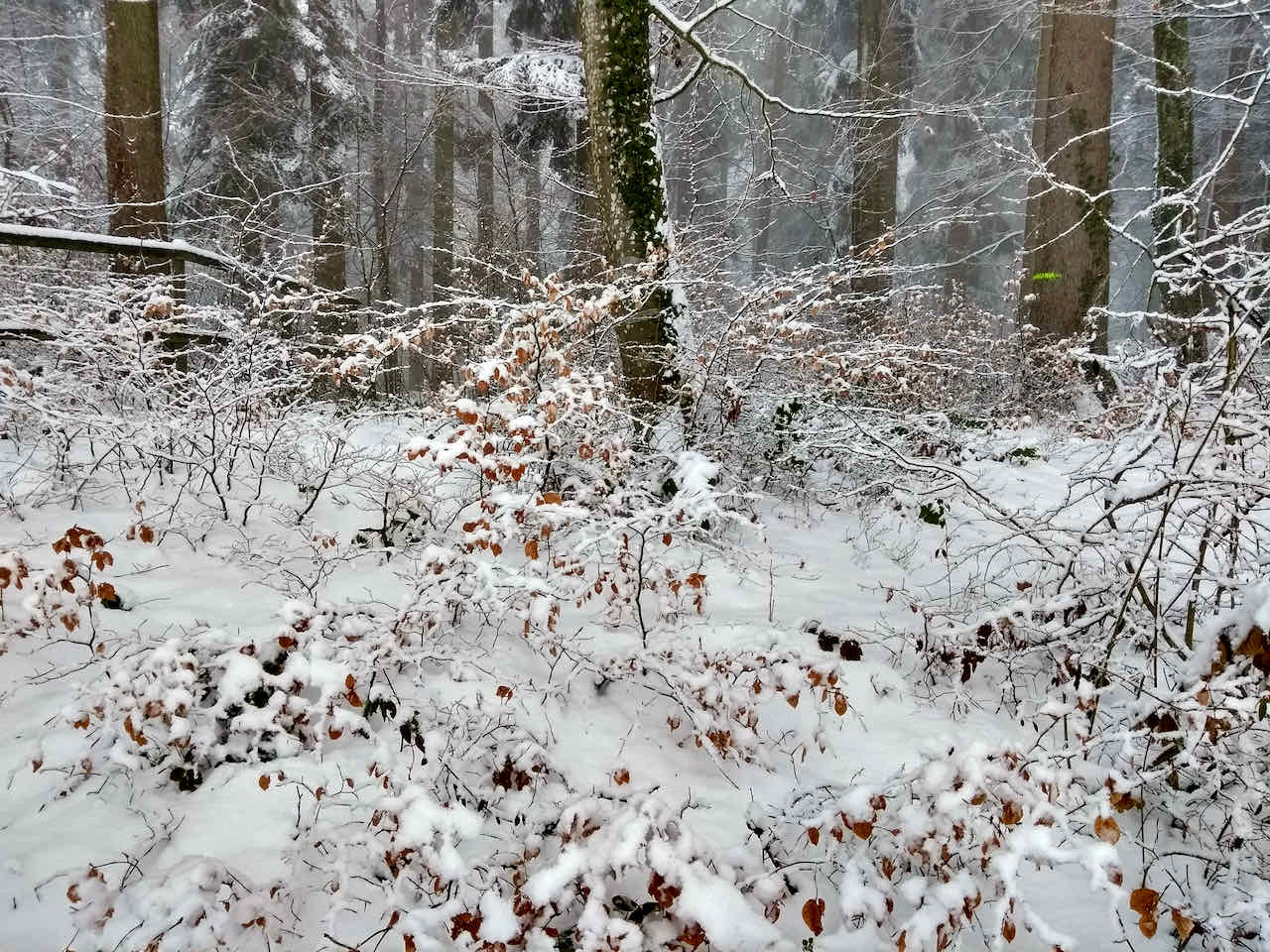 Barely a stone’s throw from Zurich, Pfannenstiel is one of the larger hills in the flat band of Switzerland that stretches between the Jura and the Alps from St. Gallen down to Lausanne. We climbed it late on a cloudy November day with early snow on the ground, which didn’t exactly show Pfannenstiel in a good light! On a good weather day though, Pfannenstiel is a nice option for easy and picturesque walks. There’s also a lookout tower near the peak, which always helps with getting impressive panoramic views of the main ridge of the Alps!

In some ways, Pfannenstiel is a flatter and less famous version of Uetliberg on the other side of Lake Zurich. There’s not too much more to say here really so we’re going to keep it short – there are lots of paths on the mountain, including paths along at least three small gorges, so go and have a look and see what you find!

For a short route up, head to Vorderpfannenstiel, which has a bus stop and several car parks. Starting from there makes for a fairly simple walk up to the tree-covered summit past a restaurant and the lookout tower.

We reckon a nice option for Pfannenstiel is to start at the train station in Kusnacht and head up Pfannenstiel via the Kusnachter Tobel gorge, before heading back down to Meilen station through another small gorge. There are also several ways of making this a bit smaller, for example starting further up in Forch and/or finishing in Vorderpfannenstiel rather than walking down to Meilen.

If you’re not bothered about reaching the peak, the Erlenbacher Tobel Weg (see here) is a shorter option, taking in two of the small gorges on the slopes of Pfannenstiel.